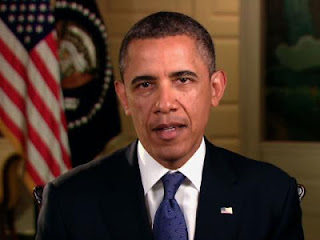 The president is mired in a difficult fight with congressional Republicans to avoid sharp spending cuts and steep tax increases collectively referred to as the “fiscal cliff.” However, he still has a longer-term to-do list for his remaining four years in office, he said in an interview on NBC’s “Meet the Press” that was broadcast on Sunday.

Obama, who won re-election in November after a campaign in which he succeeded in painting himself as a strong advocate for the middle class and those aspiring to join it, also promised in the interview to make a run at passing gun control legislation in the first year of his second term.

“Fixing our broken immigration system is a top priority,” he said. He renewed a pledge to introduce legislation in the first year of his second term to get it done.

Immigration reform is a sensitive subject for the president, who failed to fulfill his promise to revamp the system during his first term. Latino voters were a critical part of the coalition that helped get him re-elected, a fact that may soften political opposition from Republicans, who are eager to bolster their support with that demographic group.

Republicans have sought stronger measures to keep illegal immigrants from entering the United States from Mexico. Advocates on both sides of the debate want to more effectively verify legal workers in an economy in which businesses want to hire non-U.S. workers ranging from low-paid farm hands to technology-savvy professionals.

While negotiations to avoid the fiscal cliff have hogged the spotlight in the first weeks after the election, Obama said he wants to take steps to ensure the sluggish recovery gains steam.

Many observers had believed a persistently high level of unemployment would thwart Obama’s chances of winning a second term. The U.S. jobless rate peaked at 10 percent in 2009 after the harshest recession since the Great Depression but has been falling and dipped to 7.7 percent in November.

The president said rebuilding crumbling roads, bridges and schools could put people back to work and put the economy on a sounder footing. He said he would pair those steps – which would likely involve government spending – with deficit reduction measures to tame the nation’s budget deficit.

The president also said energy policy would be a leading emphasis. He said he would focus on how the country can produce more energy and export energy, while also dealing with environmental challenges. He did not specify how he would do that. The president’s effort to fight climate change with a broad emissions trading system failed during his first term.

When pressed, Obama added gun control to his list of priorities, reiterating his support for a ban on assault rifles and high capacity clips, as well as background checks.

But first we have the looming Fiscal Cliff to get around and the upcoming Debt Ceiling Debate fight in two months! Damn, we just can’t get a break!