Exposed: Tea Party Patriotism at work with Deception and Dishonor

GOP Rep. Kevin Cramer Won’t Give Up Salary During Shutdown Because It’s ‘What I Earn’

WASHINGTON — Rep. Kevin Cramer (R-N.D.) won’t be joining the more than 100 lawmakers who are giving up their pay during the shutdown. 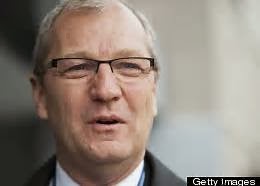 “I’m staying here, and I’m working,” said Cramer in an interview with Valley News Live on Wednesday. “My office is open, we’re taking phone calls, I’m voting every day, I’m debating every day, I’m going to countless meetings. I’m working to earn the salary that the people pay me to do the job. I don’t get into those sort of stunt-y things, and I’m not going to do it.”

The rest of the North Dakota congressional delegation — Sens. Heidi Heitkamp (D-N.D.) and John Hoeven (R-N.D.) — plan to donate their pay to charity while the government is shut down.

Cramer also argued that he is not wealthy and therefore can’t really afford to give up his salary.

“If you want a Congress that’s full of millionaires and doctors’ spouses, this is a great little trick,” he said. “But our office is open and I’m working, and I’m not going to get into the gimmicks. We have big issues we have to deal with.”

It’s true that not all lawmakers are wealthy, and some are better able to deal with a lost salary than others. Sen. Ted Cruz (R-Texas), for example, said he would donate his shutdown pay to charity. His wife, however, is the regional head of a Goldman Sachs division. Rep. Darrell Issa (R-Calif.) is also donating his salary to charity, but he is the wealthiest member of Congress, worth $355 million.

Most of the 800,000 federal workers who were furloughed — through absolutely no fault of their own — aren’t exactly living the high life. Cramer may be proud that he’s “earning” his salary while the government is shut down, but these public servants don’t have that luxury: They’re prohibited from working. And they’re in this situation because lawmakers like Cramer didn’t pass a continuing resolution to keep the government open.

GOP Rep. Kelvin Cramer won’t give up his Salary during Shutdown

Huff Post Politics
There is no guarantee that furloughed workers will ever be paid for the days lost. While they did receive back pay after the government shutdowns of 1995 and 1996, Congress may decide not to authorize it this time. Cramer’s office did not return a request for comment on whether he would support back pay for furloughed workers. The congressman also said on Wednesday that he was not impressed by senators’ giving up their salaries, since the current group don’t really deserve the money anyway.

“Here’s where I’m different from a senator,” Cramer said. “We pass continuing resolutions. We pass appropriations bills. In fact, we’ve passed a defense authorization and a defense appropriations bill that the Senate hasn’t taken up. We’ve passed 146 bills to their paltry 67 or so. We’re doing a lot more work over on our side than they are. Maybe they ought to go out and earn it.”

“So I don’t feel guilty about the salary that I earn and that the people pay me,” he added. “And if it becomes a problem, you know, that’s what elections are about. But we have bigger issues here today to deal with.”

The salaries of members of Congress, as well as that of the president, come from a pool of mandatory funds and are not affected by a shutdown. Most lawmakers earn $174,000 a year.

Some Republican state lawmakers are saying that the current federal government shutdown needs to end before it harms the country further. [Tea Party Patriot that deceived his party.]

Congressman Castigates Park Ranger For The Memorial Closure He Voted For

In a rude and bizarre exchange, Rep. Randy Neugebauer (R-Tex.) told a park ranger Wednesday that she should be ashamed for doing her job enforcing the closure of the World War II Memorial — but the memorial is closed due to a government shutdown that Neugebauer voted for.

If you follow any Republican lawmakers on social media, you may have noticed a popular theme on Wednesday: Blame President Barack Obama for the negative effects of the government shutdown. 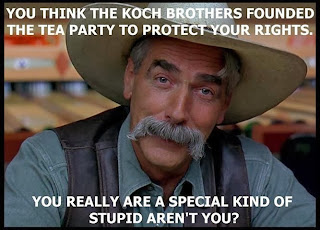 The Tea Party, so called Patriots, in Congress explained well by our President [as], “one faction of one party, in one house of Congress, in one branch of government” – tea party House Republicans – has decided to shut our government down. Now they, the Tea Party faction, (the 1/5 of the 1/3 members of House Republicans), are running around the city doing photo opts to appear as patriots doing their jobs within government; trying to re-direct the blame onto the President and the other 2/3’s of the government: the Democratic lead White House and Senate.

It’s not working; you are exposed for the so called patriots that you, claim to be, call yourselves. Ten Top news outlets including conservative outlets, like the Wall Street Journal and the New York Post, have placed the blame of the government shutdown on your shoulders. Consequently, we will not forget about your deception come the special elections of 2013, the midterm of 2014 and the Presidential election of 2016. It will be an ongoing process by the American people to eradicate all the extremist members of the 1/5 of the 1/3 members of House Republicans that would shutdown the government because of your ill, ideological, philosophy of Tea Enough Already; cloaking, talking points for your hatred toward the black President of the United States of America and his legacy – Obamacare.