Spotlight: How Democrats Got a Spine

How Democrats Got a Spine

The Republican Party taught them how to be uncompromising.

It’s easy to forget, but this year began with a nick-of-time congressional compromise. At the 11th hour, with Washington’s supply of clichés nearly depleted, the House and Senate approved a deal to avoid the fiscal cliff. The Bush tax cuts were extended for households making less than $400,000, a minor disappointment for both parties. The payroll tax holiday ended, also pleasing no one.

But the system worked, sort of, in its doddering way. It worked when 172 House Democrats voted with 85 Republicans, bailing out House Speaker John Boehner, whose “Plan B” Republicans-only plan had been torn apart by House conservatives. It had worked in 2011, when Democrats helped put the Budget Control Act over the top. It worked a few more times this year—for example, when every Democrat joined with a rump of 89 House Republicans to reauthorize the Violence Against Women Act. Democrats would bend when the GOP refused to.
Not anymore. House Democrats, powerless as they are, provided the GOP almost no cover in the early stages of the shutdown fight. Majority Whip Kevin McCarthy declared a “bipartisan vote” for the defunding of Obamacare and asked reporters to “write that down.” Reporters judiciously decided not to pretend that two Democratic votes from deep-red districts meant that the GOP had bipartisan support. Few Democrats backed the next round of Republican-proposed continuing resolutions. Only at the end of this week, when the GOP retreated to a plan of poll-tested “mini-CRs” to fund veterans’ pensions and treatment for kids with cancer, did dozens of Democrats start to vote with them. Right after they did so, they endorsed their leadership’s demand for a “clean CR” to be brought to the floor by force.
The intransigence of Democrats, from Obama on down to red-state senators, has surprised the GOP. They honestly expected a few of the Democrats to crack—after all, four of them are running for re-election in states that voted for Mitt Romney. “If you’re a Mark Pryor,” said Ted Cruz last week, “if you’re a Mary Landrieu, running for re-election in Arkansas and Louisiana, and you start to get 5,000, 10,000, 20,000, 50,000, calls from your constituents, suddenly, it changes the calculus entirely.”
Landrieu and Pryor never buckled. They voted with the rest of the party to amend or table every House bill. So did Alaska Sen. Mark Begich and North Carolina Sen. Kay Hagan. So did West Virginia Sen. Joe Manchin, a moderate who’s not on the ballot again until 2018 but who’s on the record willing to delay the health insurance mandate. “This is about funding the government,” Manchin told me after one of his votes this week. “This isn’t about social issues.”
Why do they stick with Majority Leader Harry Reid—why, when three of them could cast “safe” no votes and Reid could still beat the House bills? Democratic aides say that the red-staters are “scared straight” by the House GOP. They’re not getting the calls from home to defund Obamacare. Their home-state papers aren’t dogging them, either. They’re in no fear of losing an “optics” battle to John Boehner and company.
Neither are the House Democrats. Neither are progressive organizations—not even labor unions like the Teamsters and AFL-CIO, which loudly demanded changes in the law, got cited by Republicans as proof that the Democratic coalition was imploding, then started showing up on the Hill for solidarity marches with furloughed workers. Sure, dozens of Democrats in competitive seats have now voted for “mini-CRs” that didn’t touch Obamacare. Fewer than 10 have voted for any CR that did. Gerrymandering and the 2010 election have hollowed out the old, media-savvy Blue Dogs who used to make public breaks from Rep. Nancy Pelosi. There’s a new, near-total refusal to compromise.

“It’s based on history,” said Arizona Rep. Raul Grijalva, a former chair of the House Progressive Caucus. “Every time that we get into these situations, whether it was the grand bargain or the last CR or the debt ceiling, at the end of the day it is all the give on the side of Democrats. I think that pattern is well-documented, and all of us know it. People vote for the greater good, to keep government working. Then you come back around, and there’s nothing left to give. I think we’ve reached the tipping point, with Democrats saying, ‘If you want to bear the responsibility for the crisis you’ve created, then you bear it, and we’re gonna stand firm.’ ”

Some Republicans think they turned the tide, or started to, with the mini-CRs. Democrats think that’s short sighted. It’s easy for the GOP to pass a small bill that “funds our veterans.” What happens if the shutdown drags, and voters start hearing about poor families missing out on Temporary Assistance for Needy Families payments or Food and Drug Administration and Environmental Protection Agency inspectors going off the clock? Is the GOP going to pass a mini-CR for the EPA? For food stamps?
“We’ve gone from ‘defund Obamacare or else’ to ‘oh, you know, we’ve got some favorite agencies we want to fund,’ ” said Virginia Rep. Gerry Connolly, who represents Washington suburbs and exurbs that used to be competitive for Republicans. “I don’t think they’re going to be able to frame that with voters. How do they do it? So—for a cheap political ad a year from now, they held the government hostage?”
Democrats don’t worry about that. They worry about a “grand bargain” that would ask them to bail out the GOP again and vote for Social Security cuts. But in 2011, conservatives blew up a deal and spared the Democrats that vote. In 2013, conservatives turned the focus to Obamacare, which the party’s never going to undo.

“Dealing with terrorists has taught us some things,” said Washington Rep. Jim McDermott after voting no on one of Thursday’s GOP bills. “You can’t deal with ’em. This mess was created by the Republicans for one purpose, and they lost. People in my district are calling in for Obamacare—affordable health care—in large numbers. These guys have lost, and they can’t figure out how to admit it.” Why would House Democrats give away what the Supreme Court and the 2012 electorate didn’t? “You can’t say, OK, you get half of Obamacare—this isn’t a Solomonic decision,” McDermott said. “So we sit here until they figure out they fuckin’ lost.”

David Weigel is a Slate political reporter. You can reach him at daveweigel@gmail.com, or tweet at him @daveweigel.

How Democrats Got a Spine, let’s continue and remain unwavering…

The President seriously stated in a recent news conference, at the end of the government shutdown, that this is not a time for partisan score-keeping: “There are no winners here.” It maybe the official line from his administration and across Washington. However, that is certainly not the mood and the general disgusted feeling across the nation highlighted from mainstream American public toward the dysfunctional Congress. This general disgusted feeling made evident in the latest polls expose the right-wing Tea Party as too extreme for America. In addition, this dysfunction is directed towards right-wing extremists like Ted Cruz in Congress; blamed for Federal Government shut down.

However, if you listen to the Right-wing media like Fox News the blame game is directed towards President Obama and the dismantling of Obamacare.

So, yes Obamacare, the President, his administration and the Democrats won that round; with round two of this dysfunction and self-destructive behavior from the right-wing to follow come January 2014!

Now, the talking points from the right-wing switched towards the overall costs of the website of Healthcare.gov because it’s experiencing glitches. You should know that every major computerized project experiences glitches aka bugs; remember the rollout of Medicare part D prescription drug benefit under the Bush Administration – No, I didn’t think so! Where was the outrage then and the comparison now about that implementation failure from the right-wing? However, Health and Human Services vowed to “fix every problem as quickly as possible”, they did and now we have Obamacare. 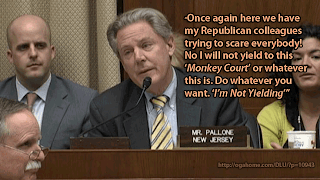 We can understand the outrage, talking point and the re-direct the conversation form $24 billion spent in the shut-down of the government and the budget fight coming-up; their dismal poll rating etc. I can go on about the failures of the current GOP and Republican Party.

But, this conversation is about the Democratic Party jumping-ship now; concerning glitches and possible primaries from the right-wing!

How, proud we felt across the country on the unity we saw, the stead-fast and firm standing behind the president; during the recent crisis of defaulting on our credit and the government shutdown! If you remember that too was about Obamacare! We say to the Democratic Congressional Leaders — Stand-firm — the government website will be fixed and running smoothly soon! Chill-out! #DLU!